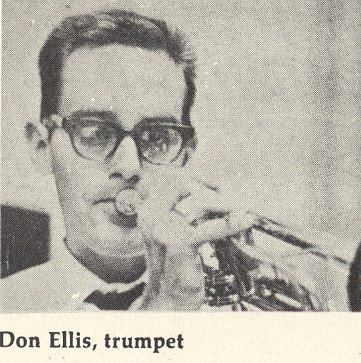 Don Ellis (July 25, 1934 – December 17, 1978) was an American jazz trumpeter, drummer, composer and bandleader. He is best known for his extensive musical experimentation, particularly in the area of unusual time signatures. Later in his life he worked as a film composer, among other works contributing a score to 1971's The French Connection and 1973's The Seven-Ups.

Whiplash on Soaring by Don Ellis

Dew on Haiku by Don Ellis

Go Back Home on Soaring by Don Ellis

Nicole on Soaring by Don Ellis

Invincible on Soaring by Don Ellis