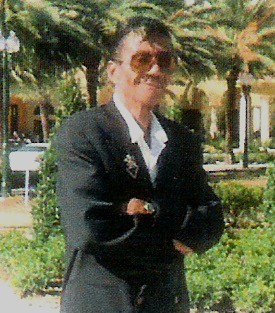 American soul songwriter, producer, and manager originally from Detroit, Michigan. Mancha has worked with Wilson Pickett and his first group The Falcons, Edwin Starr, Bettye Lavette, Ike Turner, Jack Montgomery, Emanuel Laskey, Darrow Fletcher, plus scores of others. His material was released on labels like Motown-Tamla, Golden World, Thelma Record Co., Correc - Tone, Barracuda Records (6), Scepter Records and others, at numerous studios across America, which made him a popular and well known figure on the music scene, particularly in the 1960s and 1970s.