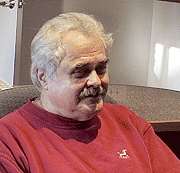 Legendary American mastering engineer from California. Born: April 26, 1936, Los Angeles, California, USA Died: April 2, 2015, Los Angeles, California, USA He left his career as symphonic trumpet player behind to establish The Mastering Lab in Hollywood, California, on December 1967. Eventually, he moved the facility further north to Ojai, California in 2006. It stayed there until his passing in April 2015. Three months later, the estate of Mr. Sax sold the business to Acoustic Sounds, resulting in its relocation to Salina, Kansas (where the company is now based). Doug co-founded Sheffield Lab, which pioneered direct to disc recordings, further establishing an audiophile market and awareness worldwide.