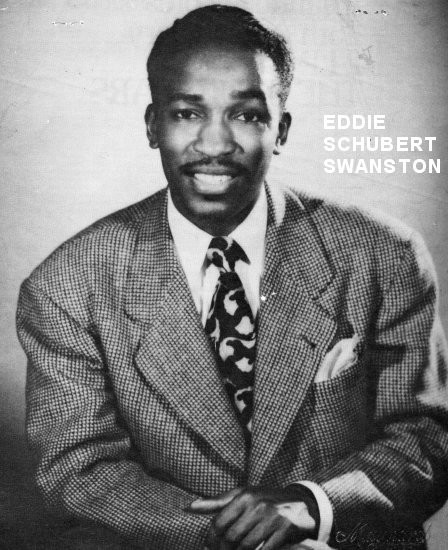 Pianist, composer, arranger, organist and vocal coach, born Sept. 20, 1922 in Harlem. He was taught to play piano by his father, a piano tuner. At the age of eight, he gave his first solo performance. When he was 19, he joined a local band, several members of which were subsequently recruited by Louis Armstrong for his own orchestra. Swanston would be Armstrong's pianist from 1943 to 1945 (other members at the time included Teddy McRae and Emmett Slay). With Armstrong, he appeared in the 1944 movie "Atlantic City." Swanston also worked with Gene Krupa, Andy Kirk, Oran "Hot Lips" Page, Lucky Millinder, Art Blakey, Lucky Thompson, Morris Lane, King Pleasure, Erskine Hawkins, the Delta Rhythm Boys, Thelma Carpenter, and Jimmy Rushing. He was part of the backup band for the Marshall Brothers on their second 1951 session. In 1949 he helped set up Vamp Studio (a voice studio), whose clients included Eartha Kitt and Shirley Jones. Later in life, Swanston spent 13 years teaching music in the New York City public school system (in the Bronx), as well as offering private lessons. Towards the end of his life, he performed as a soloist, as a member of a jazz trio, and with the Harlem Blues and Jazz Band. Edwin Schubert Swanston passed away on June 13, 2003, at age 80.