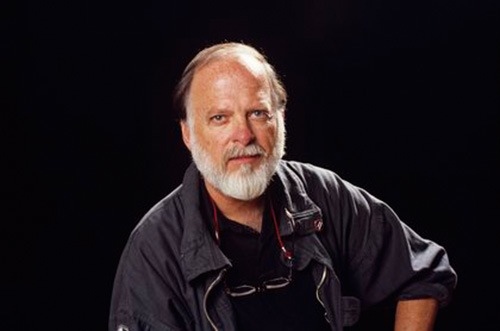 American art director and photographer, born 7 March 1932 in Glendale, California USA and died 5 August 2006 in Big Bear Lake, California, USA. Ed Thrasher began his career as art director for Capitol Records. He then worked as art director for Warner Bros. Records from 1964 to 1979. He assembled hundreds of projects, from Jimi Hendrix's "Are You Experienced" to The Doobie Brothers' "Toulouse Street". In the '80s, he thrived as a photographer and graphic designer, forming an advertising company called Ed Thrasher & Associates. Among his most famous works during this latter period was the album cover and film poster for Prince's "Purple Rain". Ed was nominated 12 times for the Grammy Award during his career - the first one in 1962 for his work on Edith Piaf's "Potpourri Par Piaf". Husband of Linda Gray and father of Jeff Thrasher. Brother of Louise Thrasher and uncle of Lindsay Wagner.

Keyhole in the Door on Michigan-I-O: Alan Lomax and the 1938 Library of Congress Folk-Song Expedition by Various Artists

Shoot the Cat on Folksongs of Another America: Field Recordings from the Upper Midwest, 1937-1946 by Various Artists