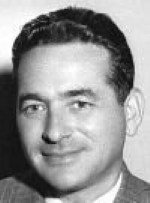 American musician and lyricist (14 March 1907 in New York — 16 October 1981 in Jalisco, Mexico). He had an early start on his career writing college musicals, after college he started working with a number of experienced musicians in New York, like Victor Young, Dana Suesse and Johnny Green. He contributed songs to film scores including That Girl From Paris, Curly Top, Kissing Bandit, Delightfully Dangerous and Northwest Outpost. His biggest hit is his composition "Body and Soul", written in 1930. Heyman was an ASCAP writer and inducted into the Songwriters Hall of Fame in 1975.