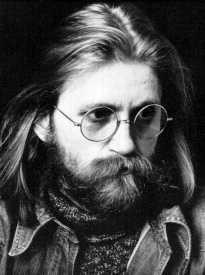 Edward Vesala (15 February 1945 – 4 December 1999), born Martti Vesala, was a Finnish avant-garde jazz composer, bandleader and drummer.Born in Mäntyharju, he began as a drummer playing jazz and rock in the 1960s, among all in such bands as the early line-up of Blues Section and Apollo. In the 1970s, he led his own jazz groups, led a quartet with Polish trumpet player Tomasz Stańko and sax player Tomasz Szukalski, played with Toto Blanke's Electric Circus, and recorded with Norwegian saxophonist Jan Garbarek. In the 1980s and 1990s, Vesala recorded several albums of his own compositions exhibiting a unique style that combines jazz, classical music, tango, and folk music with his own group Sound & Fury, which was an ensemble of about ten players made up mostly of Vesala's students. Prominen

Duet on Balladyna by Tomasz Stańko

Tale on Balladyna by Tomasz Stańko

Balladyna on Balladyna by Tomasz Stańko

Num on Balladyna by Tomasz Stańko

The Way Of.... on Nan Madol by Edward Vesala