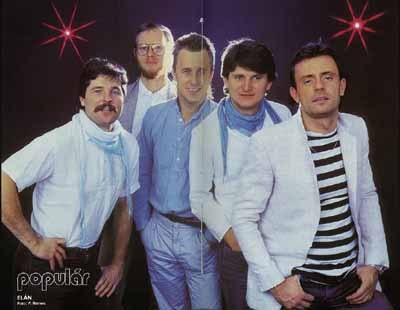 Elán is a Slovak pop-rock band, founded in 1969 by Jožo Ráž, Juraj Farkaš, Vašo Patejdl and Ján Baláž. It became one of the most popular Czechoslovak bands during the 1980s. In 1993, the group represented Slovakia in the preliminary round of the Eurovision Song Contest but having finished in fourth place, failed to qualify for the finals in Ireland. Elán's status in the 2000s is that of Slovakia's most successful pop group of all time; it may be the only Slovak music act consistently capable of selling out stadiums for their live performances. The biggest such concert took place in Prague, Czech Republic, in September 2003, in front of an audience of 90 thousand fans. They performed at the FIS Nordic World Ski Championships 2009 in Liberec, Czech Republic as part of the championships' ente