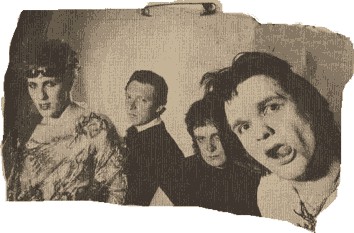 Elton Motello was a punk and new wave band.Elton Motello is both the moniker of Alan Ward, the lead singer and songwriter, and the name of the band itself. Alan Ward was formerly a member of the glam punk band Bastard along with Damned guitarist Brian James, Dez Lover and Nobby Goff.[citation needed]Motello returned in 1980 with a second album, Pop Art, now backed by Butcher, Andrew Goldberg, J.P. Martins, and Walter Meter. Two singles followed towards the end of the year, after which the band split up.

Victim of Time on Jet Boy by Elton Motello

I Am the Marshal on Jet Boy by Elton Motello

He's a Rebel on Jet Boy by Elton Motello