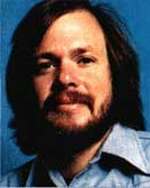 A.k.a. Emory Lee Gordy Jr. Fantom Of The Opry