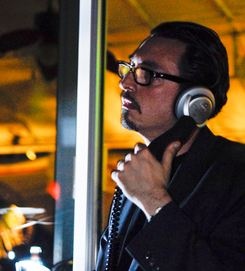 Eric Kupper got his start two decades ago working as a keyboardist and guitarist for such producer/remixers as David Morales, Frankie Knuckles, Arthur Baker, Peter Rauhofer, and Richie Jones to name a few. Since 1986 he has played on, remixed, and/or produced over 1400 records for artists spanning all contemporary musical genres. Eric also creates a great deal of music outside of the dance realm, including unashamed pop, heavy rock, punk, folk, indie rock, or whatever floats his musical boat. Artists include John Wesley Harding, Julee Cruise, Coolbone, Drill, PM Dawn, The Butterflies of Love, Saint Etienne, Bonnie Bailey, Robina, Peyton, Gaz Brookfield, McQueen, Ofra Haza, Jaymes Bullet, Laura Pausini, and Gloria Estefan. A few years back Eric was bitten (hard!) by the DJ bug as well and became a resident at London's Pacha with Hed Kandi for four years, as well as DJing all around the globe as an independent DJ or as a Hed Kandi resident. Eric is now a resident DJ with Tokyo Disco, a new venture created by Mark Doyle, the former creator of Hed Kandi. With Tokyo Disco he presently enjoys a residency at Neighbourhood in London, Enclave in Chicago as well as numerous spots throughout the U.K. and the world. Also owned the Hysteria label in the mid 1990s.

Ever After on Songbook Volume One by Bonnie Bailey & Eric Kupper