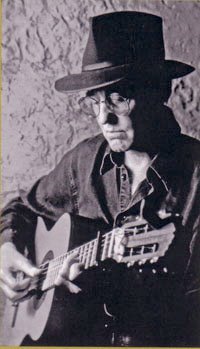 Erik Darling (September 25, 1933 – August 3, 2008) born in Baltimore, Maryland. Darling was an American songwriter and a folk music artist becoming an important influence on the folk scene in the late 1950s and early 1960s. Inspiration came from the folk music group The Weavers in the '50s; wherein, he formed The Tunetellers, later evolving into The Tarriers with actor/singer Alan Arkin and Bob Carey. Together with Vince Martin, The Tarriers had a hit with 'Cindy, Oh Cindy' in 1956. As well, their version of the "Banana Boat Song" reached #4 on the Billboard charts in 1957. In April 1958 Darling replaced Pete Seeger in The Weavers, although he continued working club dates with the Tarriers until November 1959. Darling also recorded three solo albums. His second solo effort, "True Religion" for Vanguard in 1961 was influential on younger folkies of the day. Darling left the Weavers in June 1962 to work as a soloist on the emerging coffeehouse circuit. In the Summer of 62, he formed a jazz-folk trio, The Rooftop Singers, with longtime friend Bill Svanoe and jazz singer Lynn Taylor. Intended as a studio-only project for Vanguard, the group landed an unexpected number one pop hit with the song "Walk Right In." The song was an updated and uptempo version of a 1920s Gus Cannon folk blues song, "Walk Right In". The record became the most successful in Vanguard's history. The group differed markedly from The Weavers and most of the popular folk trios of the era, being far more influenced by blues and jazz, as well as less profoundly earnest in its political sensibilities. After The Rooftop Singers disbanded in 1967, Darling continued his individual path, recording solo albums for Elektra Records and Vanguard Records, and appearing as a session player on countless folk selections. He later formed a songwriting partnership with Patricia Street, the final female lead in his erstwhile group (Rooftop Singers), and they performed and recorded together throughout the 70s as Darling And Street. A respected musician, Erik Darling's contribution to the development of traditional American folk should not be under-emphasized.