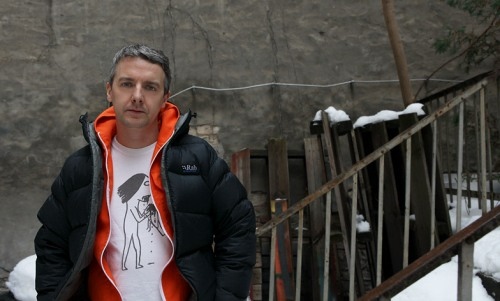 Ewan Pearson is an English electronic music producer/remixer who works under various aliases including Maas, Sulky Pup, Villa America, World of Apples, and Dirtbox. He is also in Partial Arts with Al Usher. He has remixed for artists such as Cortney Tidwell, Seelenluft, Ladytron, Depeche Mode, The Rapture, Goldfrapp, and The Chemical Brothers. In 2001, Soma Quality Recordings released Small Change, an album whose content was exclusively remix work from Pearson under his guises World of Apples and Maas. His production credits include "Pieces Of The People We Love" from The Rapture, as well as Ladytron, Chikinki, Envoy and Jeb Loy Nichols and he programmed two tracks for Gwen Stefani's solo album Love. Angel. Music. Baby. He plays on M83's album Saturdays = Youth. He recently completed work