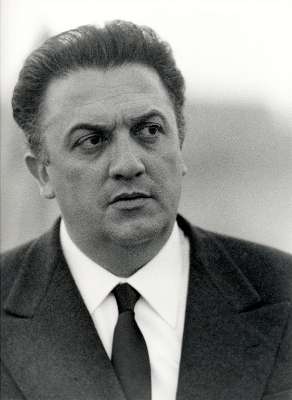 Hugely influential Italian filmmaker, born January 20, 1920 in Rimini, Italy, died October 31, 1993 in Rome, Italy, known for his personal, exhuberant and surrealistic style on successful, Oscar-winning pictures such as 'La Dolce Vita' and 'Amarcord'. He was married to Giulietta Masina from 1943 until his death.