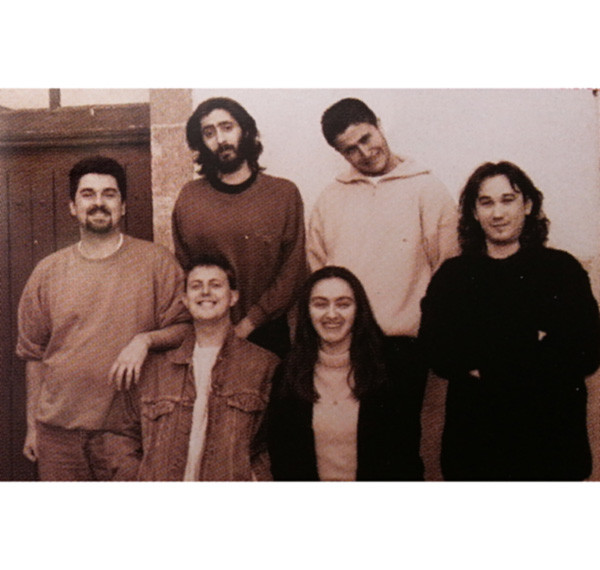 French folk/traditional band from the Corrèze région, active from 1993 to 1999. The root of this band was the trio FMR ("ephemeral") founded by Olivier Soulier (guitar), Jean-Luc Gildore « Junior » (bass) and Christophe Bordas (vocals/violin) to play in clubs and bars during the summer. At the end of the season, they decided to carry on as a permanent group and changed their name to Folk À L'Âme. In 1996, the trio expanded to a sextet with the arrival of Stéphane Veyssière (hurdy gurdy), Jean-Marc Javelaud (flute) and Pascal Ceaux (drums). They recorded their first album in 1997, followed by a second one in 1999, by which time Javelaud had left and was replaced by Nathalie Kaddour. After the release of their second album in 1999, disagreement occured between Christophe Bordas and the rest of the group concerning their musical direction, which eventually led to Bordas leaving the band. The other 5 musicians decided to continue together as a new band, adopting a new name Agghir, and a new musical style.