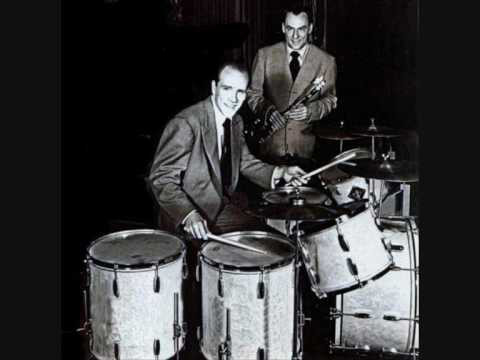 US jazz drummer from the swing-era. Born : May 05, 1914 in New York City, New York. Coming from a background in the big band and swing jazz of the '30s, Frank Carlson became a busy studio-session drummer who played on a huge stack of hit records, including sides by Doris Day, Bing Crosby, and Elvis Presley. His cache with hipsters comes mostly from getting the studio call to back up the brilliant actor, hell-raiser, and occasional recording artist Robert Mitchum, while Carlson's most prominent jazz job was holding down the drum throne in the Woody Herman band from 1937-1942. He later was Fred Astaire's choice for playing on his movie soundtracks in the 40's.