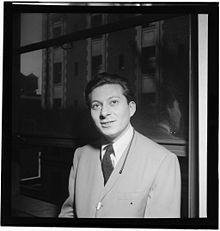 Frank Socolow (September 18, 1923 – April 30, 1981), born in New York City, was a jazz saxophonist and oboist, noted for his tenor playing.Socolow began his career in the early 40s playing in swing bands led by Georgie Auld, Ted Fio Rito, Roy Stevens, Van Alexander and Shep Fields. In 1944 he landed the first of three stints (the others being in 1948 and 1956–57) with Boyd Raeburn's Orchestra, recording a number of records. In 1945 he recorded a session as leader (the first of only two) with Freddie Webster and a young Bud Powell for Duke Records.

Farfel - 2013 Remastered Version on Sounds By Socolow by Frank Socolow