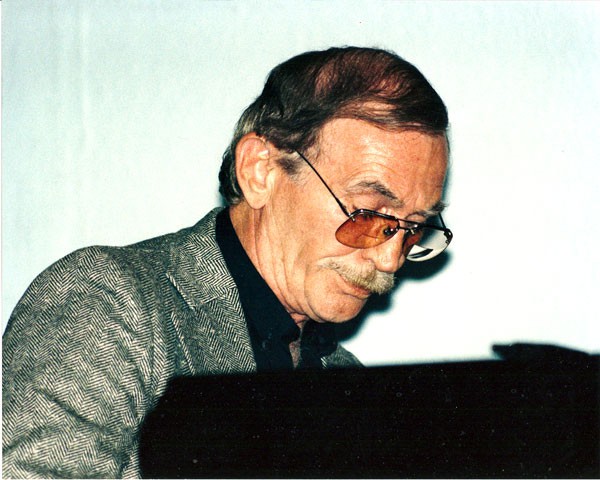 Frank Strazzeri (April 24, 1930 – May 9, 2014) was an American jazz pianist. He was born in Rochester, New York.Strazzeri began on tenor saxophone and clarinet at age 12, then switched to piano soon after. He attended the Eastman School of Music, then took a job as a house pianist in a nightclub in Rochester in 1952. While there he accompanied visiting musicians such as Roy Eldridge and Billie Holiday. He relocated to New Orleans in 1954, playing with Sharkey Bonano and Al Hirt in a Dixieland jazz setting, but his main focus since has been bebop. He played with Charlie Ventura in 1957-58 and Woody Herman in 1959 before moving to Los Angeles in 1960. There he worked extensively as a studio musician on the West Coast jazz scene, and toured with Joe Williams, Maynard Ferguson, Les Brown and E

Lush Life on Nobody Else But Me by Frank Strazzeri

Emily on Nobody Else But Me by Frank Strazzeri