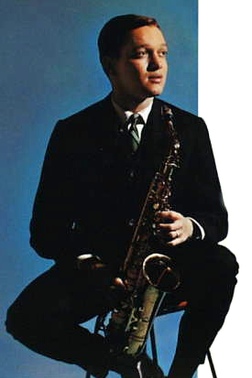 as, *1937 US, Memphis, Tennessee
Musician / Composer of Jazz

Frank R. Strozier, Jr. (born June 13, 1937) is an alto saxophonist renowned for his playing in the hard bop idiom.Strozier was born in Memphis, Tennessee, where he learned to play piano. He grew up in a middle-class family. His father, Frank, Sr., was a pharmacist who owned a drug store and his mother, Mildred, worked as a clerk in the same drug store. In 1954, he moved to Chicago, where he performed with Harold Mabern, George Coleman, and Booker Little (all, like Strozier, from Memphis). He recorded with the MJT + 3 from 1959–1960, and led sessions for Vee-Jay Records.

Don't Follow the Crowd on Quartets & Sextets by Frank Strozier

The Party's Over - Stereo on People by Roy Haynes & Frank Strozier