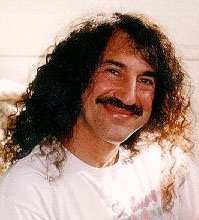 Freebo (Daniel Friedberg) is a bass and tuba player, guitarist, singer, songwriter, and producer noted primarily for his work with Bonnie Raitt. He is also a respected session musician who has recorded and performed with Ringo Starr, John Mayall, John Hall, Aaron Neville, Dr. John, Willy DeVille, Crosby, Stills & Nash, Maria Muldaur, Kate & Anna McGarrigle and many others.His long collaboration with Raitt began when he attracted Raitt's attention as a member of Philadelphia's Edison Electric Band in the 1960s. Freebo was soon in great demand for studio work and touring.