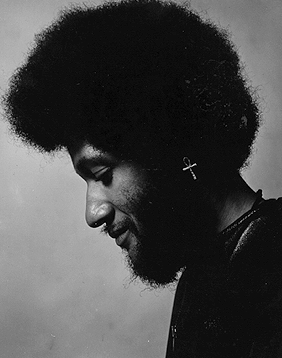 b. 26th September 1940, Baltimore, Maryland, U.S.A. Gary Bartz took up the alto sax at the age of eleven. As a teenager Gary had played sax in his father's nightclub, sitting in with Art Blakey and George Benson. He had started on alto at age 11 and, after studying at Juilliard and the Peabody Conservatory, Bartz worked with the Max Roach-Abbey Lincoln group in 1964. He followed that up by stints with Art Blakey's Jazz Messengers (1965-66), McCoy Tyner and Blue Mitchell. Bartz made a strong impression with Miles Davis' 1970-71 fusion group, emerging as perhaps the strongest soloist on the recording 'Live / Evil'. The altoist, who had recorded as a leader for Milestone and Prestige fairly regularly since 1967, did some of his finest work at the 1973 Montreux Jazz Festival (released on Prestige as 'I've Known Rivers and Other Bodies'). In 1970 he worked with Miles Davis, then in 1972 switched to the Prelude label and moved towards fusing soul R & B with jazz in his music. By the mid seventies his recordings became funkier and more commercial. His 1977 album 'Music Is My Sanctuary' is considered one of the finest fusion albums of it's generation, with the title track receiving 'rare groove' status. 1978's 'Love Affair' on Capitol (which featured an excellent revised version of John Coltrane's 'Giant Steps') which was well received in soul and jazz circles. His next move was to Arista where he worked with writers / producers Mtume / Lucas on the single 'Music', taken from the album 'Bartz' (1980). He also recorded with The Blackbyrds and Rena Scott. By 1987, Bartz started recording more mainstream jazz style albums for Mapleshade, SteepleChase and Candid. Gary Bartz is an underrated (and often totally overlooked) jazz great.

Gentle Smiles (Saxy) on The Shadow Do! by Gary Bartz

Winding Roads on The Shadow Do! by Gary Bartz