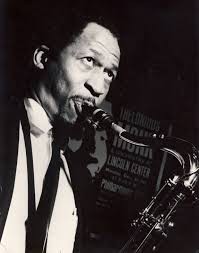 George Barrow (21 September 1921 – 20 March 2013) was an American jazz saxophonist who played both tenor and baritone saxes.Self-taught on the saxophone, flute and clarinet, by the mid-1950s, he was playing in different line-ups led by Charles Mingus, including the Quintet (with Eddie Bert, Mal Waldron and Max Roach) before going on to join line-ups led by Ernie Wilkins, including the Ernie Wilkins-Kenny Clarke Septet and the Ernie Wilkins Orchestra, as well as with Oliver Nelson.