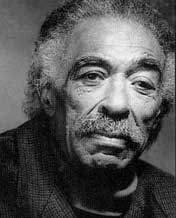 George Roland Bohanon, Jr. (August 7, 1937) is a jazz trombonist and session musician.Born in Detroit, in the early 1960s, he participated in Detroit's Workshop Jazz ensemble, with Johnny Griffith, Paula Greer, David Hamilton, Lefty Edwards and Herbie Williams. After appearing on several Motown recordings, together with leading musicians such as Hank Cosby, of the Funk Brothers, he went to live in California.In 1962, he replaced Garnett Brown in the Chico Hamilton Quintet. In 1963 and 1964, he recorded two albums for Motown's unsuccessful jazz Workshop label.

My Baby Just Cares For Me (arr. B. Cunliffe) on Sweeney, Melissa: Golden Thread by Melissa Sweeney

Why Don't You Do Right (arr. B. Cunliffe) on Sweeney, Melissa: Golden Thread by Melissa Sweeney

Theme For Ramona on Blue Phase by George Bohanon

You're My Thrill (arr. B. Cunliffe) on Sweeney, Melissa: Golden Thread by Melissa Sweeney

Itatakimasu on Elation by George Bohanon