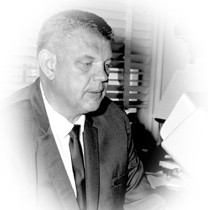 George Bruns (July 3, 1914 – May 23, 1983) was an American composer of music for film and television who worked on many Disney films. He was nominated for four Academy Awards for his work. He was also a proficient musician, playing and recording on trombone, tuba and string bass.

Jungle Beat on The Jungle Book by Various Artists

Monkey Chase on The Jungle Book by Various Artists

The Butler Sneak on Walt Disney Records The Legacy Collection: The Aristocats by Various Artists

Tell Him on The Jungle Book by Various Artists

Pirate Overture on Pirates of the Caribbean by Various Artists