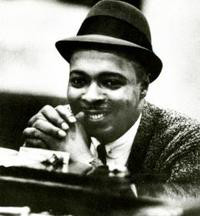 George McKinley Treadwell (December 21 or 23, 1918 or 1919 in New Rochelle, New York – May 14, 1967 in New York City) was an American jazz trumpeter and the manager of the Drifters.Treadwell played in the house band at Monroe's in Harlem in 1941–1942, then worked with Benny Carter later in 1942 in Florida. Following stints with Ace Harris's Sunset Royals and Tiny Bradshaw, Treadwell worked with Cootie Williams (1943–1946) and J.C. Heard (1946–1947). As a member of Heard's ensemble, he accompanied Etta Jones and Sarah Vaughan, whom he married in 1947. He also recorded with Dicky Wells and Ethel Waters in 1946.