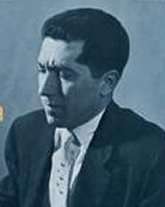 In a Sentimental Mood on Knight Music by George Wallington