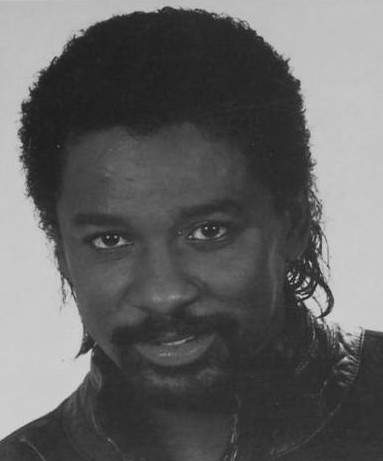 Glen Ricketts is a songwriter, producer and recording artist with exceptional vocal abilities. A multi dimensional and multi-faceted singer, his vocal range goes from tenor to soprano without a strain. He has garnered two Juno Award nominations (The Canadian Equivilent of the Grammy Awards) for the "R&B/Soul Record Of The Year". In the mid seventies, he was a member of the popular funk/R&B group "Crack Of Dawn". The first band of colour signed to a major record label in Canada (CBS). As a solo artist he has had numerous hits in England and Jamaica such as "Sitting In The Back Seat", Falling In Love", "If Loving You Is Wrong" and "Keep On Dancing". His production credits include Dennis Brown's "Vision Of A Reggae King". An influential album that blended "Lover's Rock" sensibilities with the evolving "Dancehall" movement. Glen has opened for Kool and The Gang, Patti LaBelle, The Temptations, The Spinners, Lolita Holliway, and Natalie Cole just to name a few. Known as the Al Green of Jamaica, he has worked closely with producers Sly and Robbie, Bobby Digital, Phillip Fattis Burrell and his close friend Dennis Brown. Glen Ricketts also known as "Glen Ricks" was born in Kingston, Jamaica the 6th child of Arthur and Lillian Ricketts. He immigrated to Canada in 1967 when he was 14 years old, and attended Kitchener Waterloo Collegiate Institute (KCI). Even before he came to Canada, he was already playing the recorder and the violin. He began singing in high school bands, and after leaving school he decided to pursue a music career in Toronto. Arriving in Toronto in 1969, he entered a talent contest where he met the first place winners, a group of guys from Jamaica called "The Fabulous Flames". Recognizing the potential of their combined skills and talents, they decided to join forces: Glen coached them on singing and they taught him to dance.This remained a wonderful partnership for years to come. Soon after their group had formed, they went to Jamaica and made history! They did their first recording "Holy Holy", a cover of the Neil Diamond hit. The recording featuring Glen's voice was done with legendary producer Clancy Eccles. The song became a big hit, sparking the creation of their first album that spring a second single called "Growing Up" which also became a hit. After declining an offer to become the lead singer for the Fabulous Flames, Glen began travelling to the United States to pursue a solo career. It's during this period that he went to Chicago and met his idol, Donny Hathaway. He was given the opportunity to work closely with Donny which took his music and talent to an even higher level. Eventually he decided to return to Toronto and became the driving force behind the band "Crack of Dawn", which went on to become known as the top Canadian black R & B group of all time. The band gained notoriety in Canada, resulting in a CBS Recording contract. They had several hits, including "Boobie Ruby", "Its Alright", and "Keep the Faith". After the group disbanded, Glen was once again on his own. After signing as a solo artist with CBS, he released two singles, "I Got Something for My Baby" and "Oh What a Big World". After his time at CBS, he recorded for Toronto based independent record label, "Filthy Rich", where he produced the album "Heart Of My World". Upon it's release, the title song rose to "Number 1" in Jamaica. In 1986 he joined the Pointer Sisters on a cross-Canada tour. Following the tour he recorded the album "I Found A Love", which went on to garner him a Juno Award nomination and international acclaim.