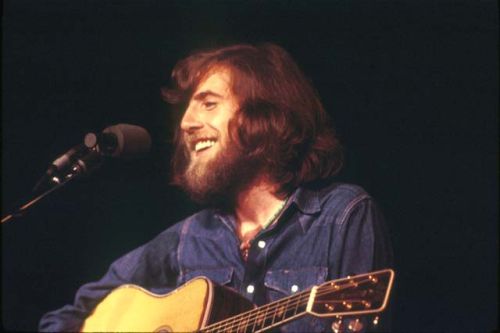 Graham Nash, OBE (born 2 February 1942, Blackpool, Lancashire, England) is an English singer-songwriter and musician. In the early 1960's he co-founded The Hollies. In 1965 Nash with Allan Clarke and Tony Hicks (2), formed Gralto Music Ltd., a publishing company who handled their own songs and later signed the young Reg Dwight (aka Elton John – who played piano and organ on The Hollies 1969 and 1970 recordings). In 1968, he left The Hollies to form the folk "supergroup" Crosby, Stills & Nash. Nash became an American citizen on 14 August 1978 and holds dual citizenship of the UK and United States. Nash is a photography collector and a published photographer. Many of Nash's albums and mixes were done in his San Francisco home studio Rudy Records's. He was inducted into the Rock and Roll Hall of Fame as a member of Crosby, Stills & Nash in 1997 and as a member of The Hollies in 2010. He was inducted into the Songwriters Hall of Fame in 2009.

Better Days on Songs For Beginners by Graham Nash

Encore on This Path Tonight by Graham Nash

Lay me down on Crosby & Nash by David Crosby & Graham Nash

Chicago on Songs For Beginners by Graham Nash

Military Madness on Songs For Beginners by Graham Nash

Simple Man on Songs For Beginners by Graham Nash