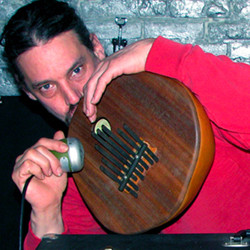 ttbl, *1961 US, Boston
Musician / Producer of Dance and Electronic
A.k.a. DJ Olive The Audio Janitor

DJ Olive (also known as The Audio Janitor; born Gregor Asch) is an American disc jockey and turntablist. He is known for producing music generally in the electronic genre, with strong influences of dub, and free improvisation styles. He is widely credited with coining of the term "Illbient" in 1994. He was a founding member of the immersionist group Lalalandia Entertainment Research Corporation in 1991.