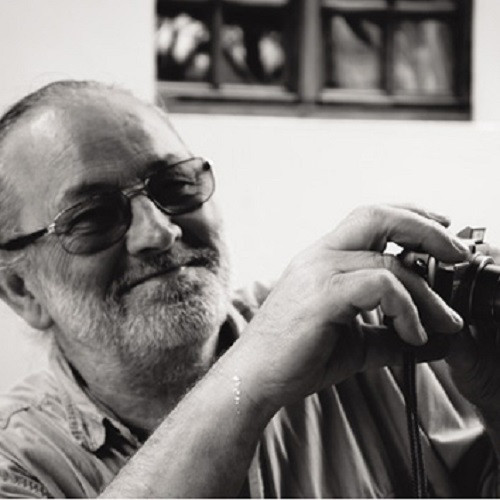 György Galántai (born June 17, 1941) is a Hungarian neo-avant-garde and fluxus artist, organizer of the events of the Chapel Studio in Balatonboglár which run from 1970 to 1973 and founder of the Artpool Art Research Center Budapest. During the Communist Era of Hungary, he organized illegal, underground avant-garde exhibitions and therefore he was considered to be a "dangerous element" by the Party for spreading western propaganda, and was monitored by secret police, who opened the file "Painter" solely documenting his activity. From the late seventies he started an intense correspondence with fellow artist all over the world, joining into the network of mail art even despite the Iron Curtain limited his access for information. In 1979 he created an archive for these correspondences and other documents which he collected on Hungarian neo-avantgarde movements and initiated Artpool (2) which became the largest archive of new mediums such as fluxus, visual poetry, artists' book, mail art, artistamp etc. in Central Europe.