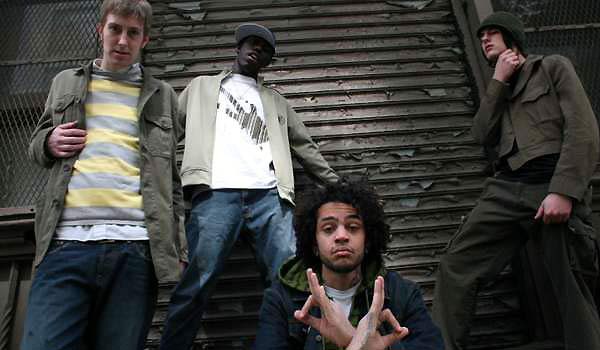 Gym Class Heroes is an American rap rock-hip hop band from Geneva, New York, United States. The group formed in 1997 when Travie McCoy met drummer Matt McGinley during their high school gym class. The band's music displays a wide variety of influences, including hip hop, rock, funk, and reggae. After the addition of guitarist Disashi Lumumba-Kasongo and bassist Eric Roberts in 2003, the group was signed to Fueled by Ramen and Decaydance Records (Fall Out Boy bassist Pete Wentz's independent record label), on which they released their debut album, The Papercut Chronicles. The group gained a strong fanbase while promoting the album, appearing at festivals such as The Bamboozle and Warped Tour.

Clothes Off!! on As Cruel as School Children by Gym Class Heroes

Papercuts on The Papercut Chronicles by Gym Class Heroes

Taxi Driver on The Papercut Chronicles by Gym Class Heroes