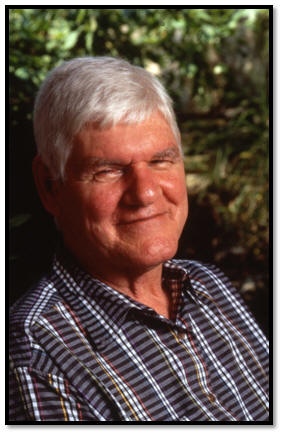 Prolific American songwriter, principally in country music (September 8, 1927 - March 3, 2002). In a career spanning six decades, Howard wrote a large number of popular and enduring songs, recorded by a variety of different artists. Howard was inducted into the Country Music Hall of Fame in 1997. Howard was born in 1927 in Detroit, Michigan, and grew up on a farm in Kentucky. As a child he listened to the Grand Ole Opry radio show. In later years Howard recalled the personal formative influence of country music: I was captured by the songs as much as the singer. They grabbed my heart. The reality of country music moved me. Even when I was a kid, I liked the sad songs… songs that talked about true life. I recognised this music as a simple plea. It beckoned me. Howard completed nine years of formal education, though he was an avid reader. When he was 12 years of age Harlan began writing songs, "an enthusiasm fuelled by an appetite for books and an ear for a telling phrase.” After serving as a paratrooper with the United States Army, he went to Los Angeles, California, hoping to sell his music. He did manual labor while writing songs and pushing his finished material. Eventually he sold some of his compositions and, after a few minor successes, his song, "Pick Me Up on Your Way Down", recorded by Charlie Walker, went to No. 2 on the country music charts in late 1958. A year later Ray Price had a major country hit with "Heartaches By The Number"; simultaneously a pop version of the song performed by Guy Mitchell went to No. 1 on the pop chart. Buoyed by these two major hits, Howard moved to Nashville, Tennessee in 1960. Bringing along a large portfolio of compositions, he signed a contract with Acuff-Rose Music. Howard's songs were so immediately successful that in 1961 alone he had 15 of his compositions on the country music charts, earning him ten BMI awards. Among his biggest hits was "I Fall to Pieces", co-written with Hank Cochran and recorded by Patsy Cline. Cline also recorded his "He Called Me Baby", which was later a #1 C&W hit for Charlie Rich as "She Called Me Baby". He also wrote the classic Kingston Trio song "Everglades", and the song "Busted", originally a hit for both Ray Charles and Johnny Cash and later a hit for John Conlee who's used the song to create awareness for Feed the Children. Howard formulated the oft-quoted definition of a great country song: "Three chords and the truth." Howard was inducted into the Nashville Songwriters Hall of Fame in 1973 and the Country Music Hall of Fame in 1997. He died in 2002, aged 74, and was buried in Nashville City Cemetery.

Heartaches by the Number on Favorite Country Songwriter by Harlan Howard

It's Nothin' to Me on Down to Earth by Harlan Howard

The Everglades on Favorite Country Songwriter by Harlan Howard

Too Many Rivers on Favorite Country Songwriter by Harlan Howard