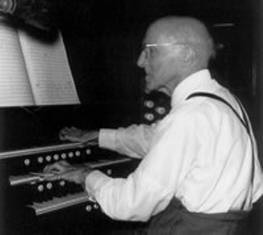 English composer and organist. He was born 29 October 1888 in London, England, UK and died 28 November 1976 in Cambridge, Cambridgeshire, England, UK.

In the bleak mid-winter on A Festival of Nine Lessons & Carols: The Centenary Service by Stephen Cleobury & Choir of King's College, Cambridge

Holst: "In the bleak midwinter", H.73 No. 1 on A Festival of Nine Lessons and Carols by Choir of King's College, Cambridge & Stephen Cleobury

In the bleak midwinter - 1991 Remastered Version on The Best Carols in the World...Ever! by Various Artists

In the Bleak Midwinter on Favourite Carols from King's by Stephen Cleobury & Choir of King's College, Cambridge

In the Bleak Midwinter on Christmas at Kings College by Choir of King's College, Cambridge, Sir David Willcocks & Simon Preston

In the Bleak Midwinter on Carols From Trinity by The Choir Of Trinity College, Cambridge