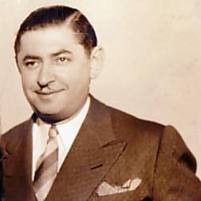 Harry Revel (21 December 1905 – 3 November 1958) was an English composer of musical theatre.Revel was born in London. Before emigrating to the United States in 1929, he wrote musicals for productions in Paris, Copenhagen, Vienna and London.Harry Revel collaborated with lyricists Mack Gordon, Mort Greene, Paul Francis Webster, Buddy Feyne and Arnold Horwitt. In 1934 he appeared in Hollywood Rhythm, a short film purporting to show the songwriting team of Mack Gordon and Harry Revel brainstorming the score for College Rhythm.

Did You Ever See A Dream Walking? on In With The Old by Mark Bramble