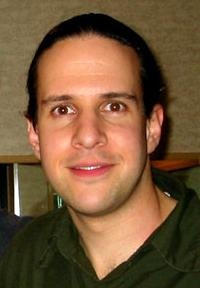 Keyboard / Piano / Composer / Songwriter / Arranger / Producer BIO: Henry has an innate curiosity and unique ability to bring multiple musical influences together. This is probably because everything from the Beatles to Bach to Count Basie to the sound of Henry’s own father playing various musical instruments could be heard at any time in his Midwest childhood home. One famously curious artist, David Bowie, identified with this spirit in Henry during the making of The Next Day, on which Henry played piano and keyboards. Bowie then chose him as arranger and musical director to help reimagine his classic songs and to shape new ones, creating the sound for what would be Bowie’s final work, Lazarus. Henry immerses himself in original projects and creative collaborations expressing his own voice. These works embody his skills as a musical catalyst in every way, from composing, songwriting, and arranging to sound creation, production, and performance. His instrumental group, FORQ, is currently recording and touring worldwide. Other collaborations include the critically acclaimed quartet, Rudder, and Australian synth-pop sensation, Empire of the Sun. Legendary producer Phil Ramone felt Henry was essential to the evolution of George Michael’s project Symphonica, both as an arranger and pianist. Michael felt at ease working with Henry and the two enjoyed a successful relationship as Henry went on to be musical director for both the album recording and extensive arena touring. Prior to this, Henry was the musical director and pianist with Rod Stewart and the Great American Songbook. Henry not only led the band on international tours and recorded on several of the songbook albums, but also joined Stewart on many network television appearances. Henry is active in the world of film, television, and video games as a composer and orchestrator. His work can be heard in films such as Harold and Kumar Go To White Castle, Dumb and Dumber To, and many others. Additionally, Henry appears as piano and keyboard player on film soundtracks such as Ocean’s 12, Ocean’s 8, The Secret Life of Walter Mitty, The 100 Foot Journey, Zoolander 2, The Last Mimzy, and Two Weeks Notice. (IMDB) Henry has recorded and toured with diverse artists such as Ariana Grande, Tedeschi Trucks Band, Vanessa Williams, Walter Becker, PM Dawn, Dionne Warwick, Sanne Salomonsen, Chris Barron, Harry Belafonte, Christopher Cross, Blood Sweat and Tears, and Nikka Costa. Henry has also worked with seminal producers such as Tony Visconti, Richard Perry, Steve Tyrell, Jack Douglas, Kevin Killen, and Frank Filipetti. Henry’s unique sound can be heard in the world of jazz and improvised music with such luminaries as Donny McCaslin, Jeff ‘Tain’ Watts, Cassandra Wilson, Theo Bleckman, Bill Evans, Till Bronner, Alex Sipiagin, Joe Locke, Bill Bruford, Wayne Krantz, Seamus Blake, Chris Botti, and more. (ALLMUSIC) Henry’s other passion is sailing. When not working in music he can be found happily aboard a sloop in the waters off Long Island.

Climate on The Lay of the Land by Mike Pope

Essence on The Lay of the Land by Mike Pope

Swing Time: The Way You Look Tonight on The Lay of the Land by Mike Pope