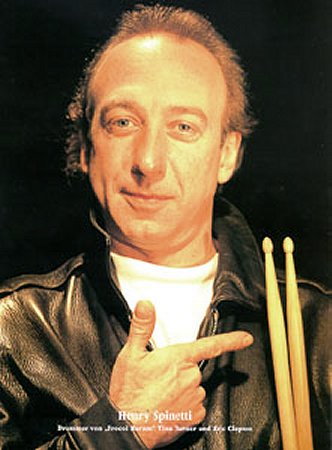 Henry Spinetti is a Welsh session drummer, who has been active since the late-1960s. He is heavily associated with The Herd, but has also worked with Paul McCartney, Eric Clapton, Gerry Rafferty, Pete Townshend, Procol Harum, and Joan Armatrading, to name but a few. Born: 31st March 1951, in Cwm, Ebbw Vale, Gwent, Wales. He is the younger brother of the actor, Victor Spinetti (2).