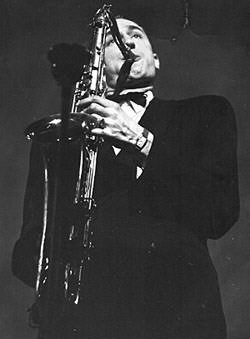 American jazz saxophonist. b. July 24, 1915 (Jersey City, NJ, USA) d. April 11, 1949 (Santa Monica, CA, USA) Originally played alto saxophone but switched tenor while working with the Carl Sears-Johnny Watson orchestra. He is best known as a featured soloist with Red Norvo (1935-37) but also played with Jimmy Dorsey ('37-41), Woody Herman ('41-42), Kay Kyser ('42), and Benny Goodman ('43). After serving in the navy during '44, he worked mostly as a studio musician but also played with Benny Goodman again and Red Nichols. He died in a car accident driving home from a Frank Sinatra recording session.