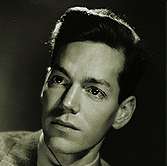 Hugh Martin (August 11, 1914 – March 11, 2011) is an American musical theatre and film composer, arranger, vocal coach, and playwright. He is best known for his score for the classic 1944 MGM musical Meet Me In St. Louis. Ralph Blane was Martin's songwriting partner for most of his work, and the two recorded an album of their best songs entitled "Martin and Blane Sing Martin and Blane" with Ralph Burns And His Orchestra in 1956. Throughout his career, Martin remained active as a performer, most memorably as Judy Garland's accompanist when she first played the Palace, and as Eddie Fisher's accompanist at London's Palladium. Hugh Martin was inducted into the Songwriters Hall of Fame in 1983 and is a member of the Alabama Music Hall of Fame.

Connecticut on Martin And Blane by Hugh Martin & Ralph Blane

Love on Martin And Blane by Hugh Martin & Ralph Blane