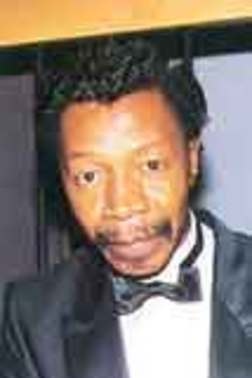 George Ivy Hunter (born August 28, 1940), known as Ivy Jo Hunter and sometimes credited as Ivy Hunter, is a former R&B songwriter, record producer and singer, most associated with his work for the Motown label in the 1960s.In 1970, he contributed to Funkadelic's "Mommy, What's A Funkadelic?" on that band's eponymous first album. He also co-produced an album for Wee Gee (William Howard), the former lead singer of The Dramatics. In 2009 he took part in celebrations to mark Motown's 50th anniversary.

Truly Yours on Motown Sings Motown Treasures by Various Artists

I Can Feel The Pain on The Complete Motown Singles Vol. 11A: 1971 by Various Artists

Lucky Lucky Me on Motown Unreleased 1965 by Various Artists

Running through My Fingers on Detroit Soul, The Motorcity Years, Vol. 5 by Various Artists