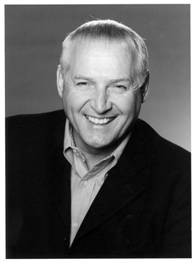 John Frederick "Jack" Lenz is a Canadian composer. He has written, performed, and produced music for film, television, and theatre, along with working on non-soundtrack album ventures. He is also the founder of Live Unity Productions, an organization devoted to the production of music for the Bahá'í community, and dramatic and musical resources to help promote its teachings.

Prologue (From "The Haunted Mask") on Goosebumps by Jack Lenz

Shelter on Shelter by Jack Lenz