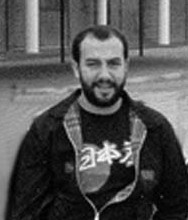 Jack Waldman (September 6, 1952 – May 17, 1986) was a jazz and rock musician, composer, producer, vocalist and multi-instrumentalist born in Perth Amboy, New Jersey.Waldman was best known for his studio work and performances with singer Robert Palmer, and also worked with artists such as Billy Idol, Madonna, Rob Hegel, Joe Jackson, Foreigner and Whitney Houston. He was classically trained from childhood, and played keyboards, synthesizer, bassoon, saxophone and flute. He died in 1986 from HIV-related lymphoma.