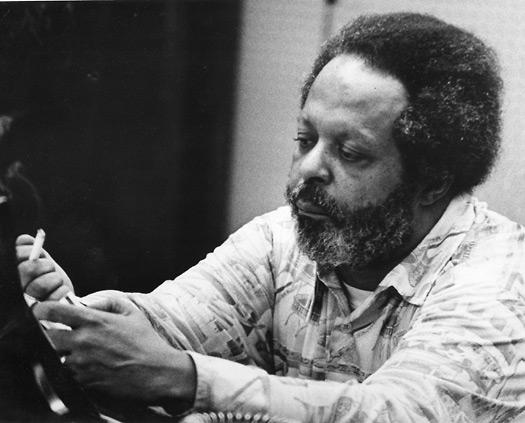 American jazz pianist, composer, bandleader and educator. Byard was born on June 15, 1922 in Worcester, Massachusetts, USA. Primarily a pianist, Byard recorded on a number of different instruments and was considered to be an accomplished alto and tenor saxophonist, though he also played organ, guitar, bass and several other instruments. He recorded or performed with numerous bands, though was primarily heard as a leader or soloist after the mid-1960s. He recorded extensively for Prestige as a leader and led sessions for a number of different labels in the U.S.A., Europe and Japan. Byard also led a big band called The Apollo Stompers, making several recordings with them. He appeared on duo piano recordings with Earl Hines, Howard Riley and Tommy Flanagan (the latter released posthumously). His most important work as a sidemen was with Charles Mingus, especially the 1964 sextet that toured the U.S.A. and Europe. The pianist was also a renowned jazz educator who taught at the New England Conservatory of Music. Byard was found dead in his home on February 11, 1999 in the Hollis section of Queens in New York, New York, USA. He was initially thought to have suffered a stroke, but it was determined that he was shot to death with a small caliber weapon. This homicide remains unsolved.

There Are Many Worlds on Hi-Fly by Jaki Byard

Hazy Eve on The Jaki Byard Experience by Jaki Byard

Evidence on The Jaki Byard Experience by Jaki Byard

Love Is Here to Stay on Parisian Solos by Jaki Byard

Memories Of You on The Jaki Byard Experience by Jaki Byard

Lullaby Of Birdland on Hi-Fly by Jaki Byard