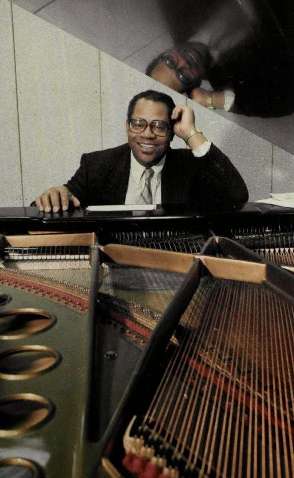 Strings & Horns maestro - arranger. Died on 6 August 2006, in Athens, Greece, of pulmonary embolism, 76 years old During the Chicago soul heydays of the '60s and the '70s, arranger James Mack's skills were displayed throughout the Brunswick Records catalog and on releases for other labels. Mack earned a master's degree in composition from Roosevelt University and was an instructor at Crane Junior College; his students included then-future ace arrangers Willie Henderson and Thomas Washington ("Tom Tom") . In 1968, Henderson joined the Chicago branch division of New York-based Brunswick Records, working on hits by producer Carl Davis. Henderson brought Mack to Brunswick that same year. Primarily, Mack did arrangements for singer Tyrone Davis' releases for the label. Another former student, Leo Graham, took over the production chores of Tyrone Davis. Mack continued doing arrangements for the singer when he signed with Columbia Records in 1976. Mack's work is heard on all seven of Tyrone Davis' Columbia LPs including the Billboard-charting hit singles "Give It Up (Turn It Loose)," "This I Swear," "All You Got," "Get on Up (Disco)," "In the Mood" (the record was used as the basis for rapper MC Eiht's 1993 gold single "All for the Money"), "Ain't Nothing I Can Do," and "Be With Me." Mack also arranged such little-known gems as the Willie Henderson-produced single by the male vocal group Essence ("Sweet Fools") and the 1982 self-titled Columbia debut of the group Kokomo. Kokomo became a later post-release favorite of soul music fans and U.K. Northern soul devotees. Mack also did arrangements for the Champaign, IL, sextet Champaign that included Pauli Carman ("Dial My Number") who hit with the gentle ballad "How Bout Us." Much of his recording catalog is still in print on Brunswick or Brunswick-licensed compilations (Rhino's Billboard Hot Soul Hits/1970). One of the best is The Best of Tyrone Davis: In the Mood by Sony Music Legacy. After serving as a multi-termed president of the Chicago branch of NARAS, Mack returned to teaching.