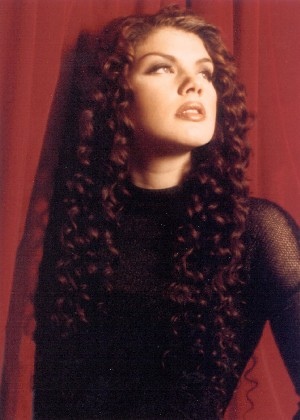 Born: November 3, 1977 Origin: Oakdale, New York, U.S. Early life: Jane Monheit was raised in Oakdale, New York on Long Island. She began singing professionally while attending Connetquot High School in Bohemia,N.Y. from which she graduated in 1995. As a child, Monheit spent her summers as a student at the Usdan Center For the Creative and Performing Arts, and is a recipient of their distinguished alumna award. As a student at the Manhattan School of Music in New York City, she studied voice under Peter Eldridge. Monheit graduated with honors from the Manhattan School of Music in 1999, earning a BA in music and receiving the William H.Borden Award for outstanding accomplishment in Jazz. As a finalist in the 1998 Thelonious Monk Jazz Institute's vocal competition, she was first runner-up to Teri Thornton. She and her husband, drummer Rick Montalbano, currently reside in Rome, New York. They have one child. Career: An international artist, Monheit has performed at most of the major concert halls, cabarets and jazz venues around the globe. She has released seven albums and two DVDs, and has appeared as a guest artist on many others. She appears on the sound track of the movie Sky Captain and The World of Tomorrow singing "Over the Rainbow". Monheit has also been a featured performer in the nationally televised Christmas at the White House, the Capitol Fourth of July Celebration, and The National Memorial Day Celebration. She has appeared on numerous television shows including Emeril, Ramsey Lewis' Legends of Jazz, Letterman, The View, and The Today Show. Monheit spends most of the year on tour with her band which currently includes Michael Kanan on piano, Neal Miner on bass, and Rick Montalbano on drums. She also performs with the major symphonic orchestras throughout the country.

A Time For Love on Surrender by Jane Monheit

Honeysuckle Rose on Taking A Chance On Love by Jane Monheit

Tonight You Belong To Me on Home by Jane Monheit

I Won't Dance (feat. Michael Bublé) on Taking A Chance On Love by Jane Monheit

I Believe In You on Come What May by Jane Monheit