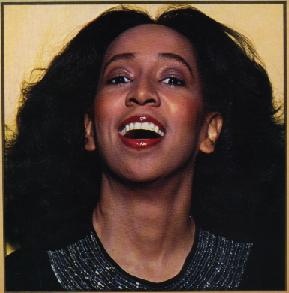 Soul - disco - jazz singer Born on 15.03.1947 in Columbus, Georgia, USA. Her voice has a wide five octave range. She began her recording career with her then-husband, pianist Doug Carn, founder of Black Jazz Records. They recorded three early 70's albums together. Then she started doing back vocals for the likes of Earth, Wind & Fire and Norman Connors. In 1977, she debuted solo, playing a crucial role in the golden era of Philly soul, with Gamble & Huff and McFadden & Whitehead producing and writing for her, as well as Dexter Wansel. Between 1977 - 2005 she has released nine studio albums. She has dueted with Glenn Jones, Al Johnson, Niteflyte, Michael Henderson, Grover Washington, Jr., Booker Newberry III and Temptations. Among her highlights are "Was That All It Was", "My Love Don't Come Easy", "Don't Let It Go To Your Head", "Closer Than Close", her covers of hits of Harold Melvin and the Blue Notes ("If You Don't Know Me By Now"), Aretha Franklin ("Ain't No Way"), Spinners ("Love Don't Love Nobody"), Al Green ("Let's Stay Together"), Debby Boone ("You Light Up My Life").

Was That All It Was on Flashback by Jean Carn

My Love Don't Come Easy on Flashback by Jean Carn

If You Wanna Go Back on Jean Carn by Jean Carn