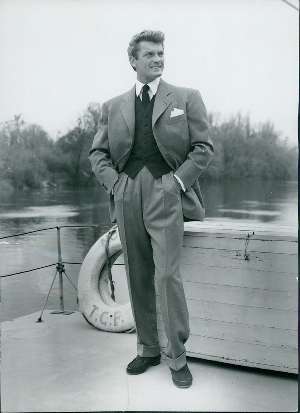 Jean-Alfred Villain-Marais, also known as Jean Marais ([ʒɑ̃ maʁɛ]; 11 December 1913 – 8 November 1998), was a French actor, writer, director and sculptor. He performed in over 100 films and was the muse of acclaimed director Jean Cocteau. In 1996, he was awarded the French Legion of Honor for his contributions to French Cinema.