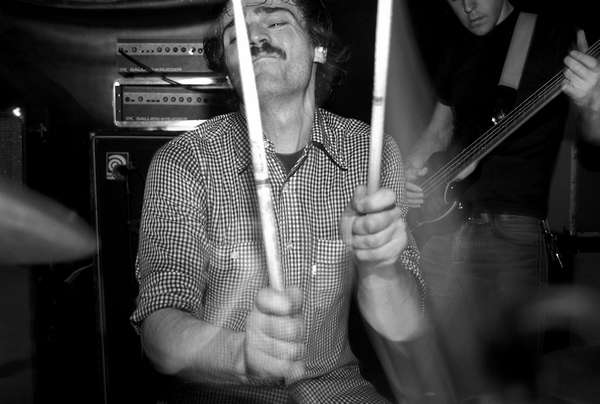 Gerhardt "Jerry" Fuchs (December 31, 1974 – November 8, 2009) was an American indie rock drummer, writer and graphic artist. Fuchs was a member of the bands Turing Machine, The Juan MacLean, !!! and Maserati and performed drums live with the groups MSTRKRFT and LCD Soundsystem. Early in the morning on November 8, 2009, Fuchs was caught in a broken elevator in Williamsburg, Brooklyn, New York City, and when he attempted to jump out of the car, he accidentally fell to his death down the elevator shaft.