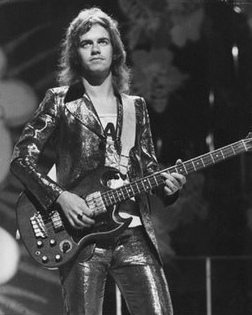 Singer, songwriter, producer, brother of Frank Lea. Born 14th June 1952. Known as 'The Musician' in the group Slade, he played the bass guitar, violin and keyboards. James Whild Lea has put his name to well over 100 songs, many with Neville John Holder but also a few on his own. 13th February 1975 saw the premiere of ‘Slade in Flame’ in which Jimmy Lea plays Paul. His acting ability won no awards but surprised many by being more than adequate. After Slade signed to RCA, Lea started to get credits ‘Produced by Jimmy Lea for Perseverance Limited’ - aka Perseverance Ltd.