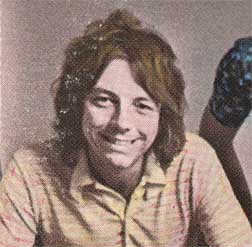 American bass guitarist and singer for several 1960s rock bands, born March 14, 1943, Santa Monica, California. In 1973 Pons left the music industry to become the film and video director for the New York Jets football club until his retirement in 2000. He now lives in Jacksonville, Florida, where he does game day video for the Jacksonville Jaguars, and plays upright bass in a bluegrass gospel band called Deep Creek.