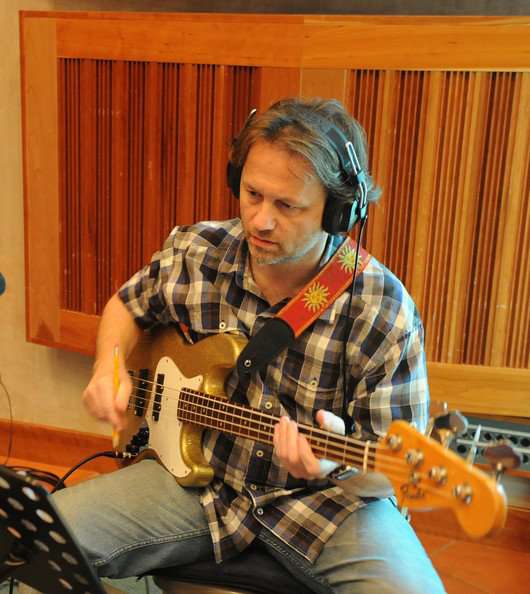 Jimmie Lee Sloas is an American session musician, producer, and songwriter, who plays bass guitar.From 1986 to 1990, Sloas was a member of the contemporary Christian vocal band The Imperials (as tenor and sometimes bass player). He holds several session musician and production credits, primarily in country & contemporary Christian music with artists such as Garth Brooks, Carrie Underwood, Keith Urban, Carman, LeAnn Rimes, Kellie Pickler, Reba McEntire, PFR, Switchfoot, and Jessica Simpson. In 1996, he co-founded the group Dogs of Peace with former Whiteheart guitarist Gordon Kennedy. Sloas also recorded with the heavy metal outfit Megadeth on their album The System Has Failed. He was nominated for Top Bass Player of the Year in the 2006, 2008, and 2009 Academy of Country Music awards.